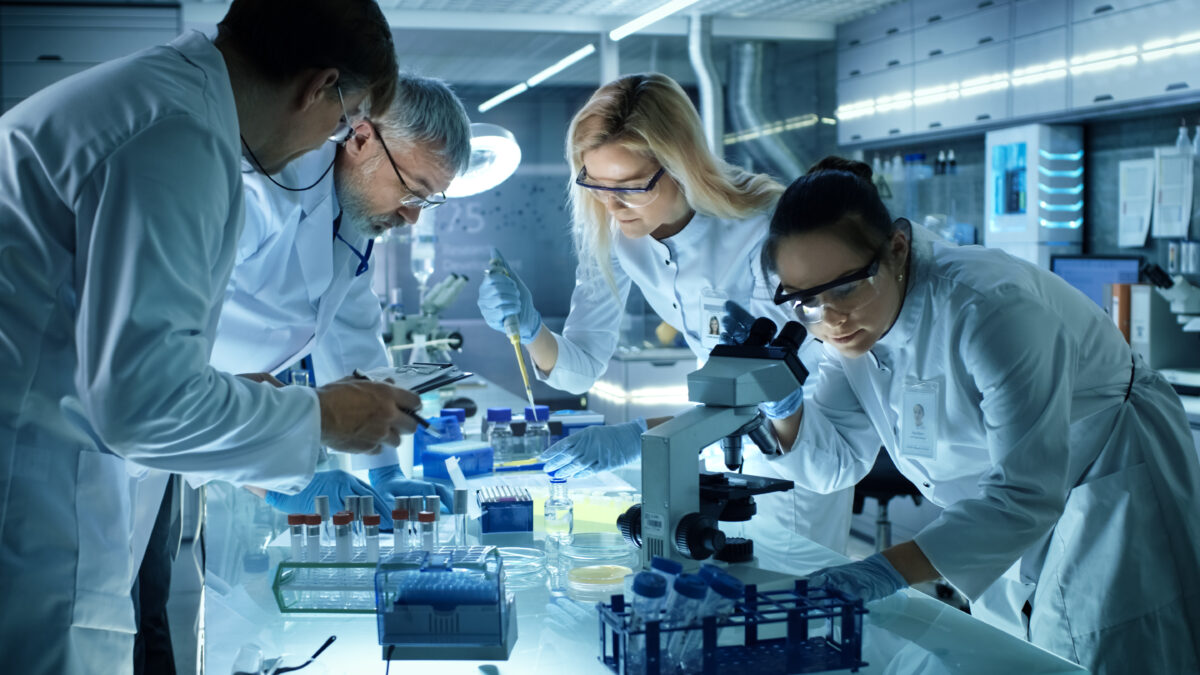 Taxation of Scholarships, Fellowships, and Grants – In the Case of Dr Baturin – A Russian Research Scientist.

In a decision that outlines the distinction between work done as part of a substantial quid pro quo – which is taxable as compensation, and relatively disinterested, no-strings educational grants – which are tax-exempt., the U.S. Court of Appeals for the fourth Circuit (“Fourth Circuit”) reversed and remanded a case back to the tax court for further proceedings.

According to the Fourth Circuit, the Tax Court misunderstood the basis of the Treaty’s distinction between a tax-exempt “grant, allowance, or other similar payments” and taxable “salaries, wages, and other similar remuneration.”

The fourth circuit did not fully resolve the issue of whether Dr Baturins payment falls squarely within work done as part of a substantial quid pro quo – which is taxable as compensation. The case was however remanded to the Tax Court to determine what the science laboratory, or the employer gained from having Dr. Baturin on staff.

In doing so, the tax court is tasked to consider, for example, the following questions:

Baturin, Vitaly Nikolaevich (Petitioner), a Russian citizen was offered a two-year position as a Research Scientist at the Thomas Jefferson National Accelerator Facility (Jefferson Lab).  Jefferson Science Associates, LLC (JSA) personally invited petitioner to join the Jefferson Lab to perform his research. JSA manages and operates the Jefferson Lab for the U.S. Department of Energy’s Office of Science. JSA’s work is primarily research for the public interest, not for private benefit

Petitioner was told that Jefferson Lab funded his program and set aside these funds for his maintenance before his arrival in the United States, the letter describes petitioner’s position as including a salary of $75,000. The letter explains that petitioner would have an immediate supervisor and that, his “continued employment” was “contingent upon satisfactory performance and the continuing availability of funds and work.

The letter also outlines requirements and benefits, such as eligibility to participate in JSA’s employee benefits programs. Petitioner signed the offer letter; however, he did not sign a separate employment contract with JSA.

BATURIN’S TAX RETURN AND THE SUBSEQUENT STRUGGLE WITH THE IRS

The tax court reasoned that wages may be eligible for exemption so long as they are similar to a “grant or allowance.” And further held that payments to the Russian scientist working in the United States were exempt from taxation under the United States-Russia Tax Treaty.

UNHAPPY WITH THE TAX COURT RULING, THE IRS APPEALED TO THE FOURTH CIRCUIT

According to the court of appeals, the two are dichotomous and mutually exclusive. Either payments are Article 14 wages, salaries, or similar remuneration (and taxable); or they are Article 18 grants, allowances, or other similar payments (and thus tax-exempt). They cannot be both.

Therefore, the decision turned on:

In reviewing the distinctions referenced above, the fourth Circuit noted that the text of the U.S.-Russia Treaty does not define what differentiates salaries, wages, and other similar remuneration in Article 14 from a grant, allowance, or other similar payments in Article 18.

However, the court noted that tax treaties invoke domestic law concepts by leaving terms vague – and when that happens, the court turn to the law of the United States.

TURNING TO THE LAWS OF THE UNITED STATES

Applying the closest domestic tax law analogue, the court relied on the Supreme Court interpretation in Bingler v. Johnson, 394 U.S. 741 (1969). Bingler draws a distinction between work done as part of a substantial quid pro quo – which is taxable, and relatively disinterested, ‘no-strings’ educational grants – which are tax-exempt.

Bingler involved Westinghouse Electric engineers who, through a company program, took leaves of absence to receive postgraduate education at local universities. Westinghouse paid these engineers “tuition remuneration” and “stipends” during their studies but required the engineers to agree to return to the employ of Westinghouse for a period of at least two years following completion of their leave.

The Supreme Court held that these payments were taxable because Westinghouse unquestionably extracted a “quid pro quo,” and are taxable compensation, rather than tax-exempt grants.

BINGLERS FRAMEWORK, THE TREATY STRUCTURE AND THE INTERNAL REVENUE CODE

Because the Treaty directs taxpayers to the law of the United States, and because of the parallels between the Bingler framework and the Treaty’s structure, the court reviewed I.R.C. § 117 and its implementing regulations to determine if Dr. Baturin’s payments are tax-exempt grants, allowances, or other similar payments under Article 18 of the United States-Russia Tax Treaty.

Section 117(a) provides that gross income does not include any amounts received as a qualified scholarship by an individual who is a candidate for a degree at an educational organization”. To be a “qualified scholarship” the amount received by the individual must be “a scholarship or fellowship grant” used only for “qualified tuition and related expenses”, i.e., for tuition, fees, books, supplies, and equipment required for courses of instruction.

A fellowship grant generally means an amount paid or allowed to, or for the benefit of, an individual to aid him in the pursuit of study or research.” Treas. Reg. § 1.117-3(c).

Therefore, payments are a scholarship or fellowship grant – if the primary purpose of the research is to further the education and training of the recipient and the payments do not represent compensation or payment for services.

The following payments or allowances shall not be considered to be amounts received as a scholarship or a fellowship grant for the purpose of section 117:

(1) Amounts paid as compensation for services or primarily for the benefit of the grantor.

(2) Any amount paid or allowed to, or on behalf of, an individual to enable him to pursue studies or research primarily for the benefit of the grantor.

Although the term ‘fellowship’ is not defined in the statute, the general rule is clear: a payment given in exchange for services is neither a scholarship nor a fellowship, but taxable compensation.

Dr Baturin’ s case is one of a research scientist on a J-1 visa, however his case is no different from a long line of cases dealing with the applicability of section 117 to payments received by individuals serving periods of residency in hospitals as part of their training in the medical profession.

With few exceptions, the payments have been held to be ‘compensation for past, present, or future employment services, ‘not excludible from gross income under section 117.

Graduate Medical Doctors, Physician, Interns, and residents are often required to engage in several years of clinical experience as a prerequisite to becoming fully certified physicians. As the court in Rockswold v. United States noted, this often involves, long hours of work at relatively low pay in medical training hospitals. Consequently, these medical professionals have sought, through hundreds of litigated cases, the exclusionary benefits of section 117, arguing that the work they do for the hospitals is an educational rather than an occupational pursuit.

We sympathize with the District Court’s lamentation that these facts, or facts nearly identical, have been litigated so often that one may wonder whether this is wise or what good it can do. * * * But hope springs eternal. And the heartbeat—the vital life sign to doctors young and old—of hope is the question begging structure of the regulations: Payments made for the ‘primary purpose—to further the education and training of the recipient’ are fellowship grants unless—and unless is a big unless—the amount provided for such purpose represents compensation.

This long line of cases dealing with the applicability of section 117 have gone against the physicians, holding that the monies they receive while working for the hospitals or universities are compensation for services and fully taxable.

The reasoning of these cases, simply stated, is that interns and residents are normally considered employees of the hospitals or universities in which they work and are paid in exchange for the extensive and valuable medical services they render. In other words, the “quo” of payments is given in return for the “quid” of services.

The plain language of § 117(b)(1) states that an amount is a “qualified scholarship means any amount received by an individual as a scholarship … to the extent that the individual establishes that … such amount was used for qualified tuition and related expenses.

A University residency program is designed to educate and train physicians so that they can pursue careers in academic medicine and medical research, and on many occasions, taxpayers have detailed out in great length their reasons for accepting a stipend, however, the fact that medical resident or interns personal knowledge was enhanced is not enough to make the payments he received excludable.

The court has stated many times that medical professional’s intent is not the relevant inquiry under section 117. The primary purpose test of the regulations is addressed to the purpose for which the payments are made, not the reason they are accepted.

The primary purpose standard as established in Treas.Reg. 1.117-4(c)(2) relates to the purpose for which the payments are made, not to the purpose of the grantor. Furthermore, the decision of the Supreme Court in Bingler v. Johnson, sets forth guidelines for interpreting Treasury Regulation § 1.117-4(c).

Even though a taxpayer’s work is highly educational and provides them with valuable training for later professional experiences, this motivation and intent alone does not convert the compensatory payments received into nontaxable scholarship or fellowship grants. As such, where a taxpayer rendered extensive and valuable services in return for the stipend that he received from an institution. He is, taxable on such amounts.

As summarized above, overwhelming case law and common sense continues to stand between Taxpayers and the IRS, and with few exceptions, the payments have been held to be “compensation for past, present, or future employment services,” not excludible from gross income under section 117.